Shouyi Ma, the CEO of Hanson Canada, won the 2015 Person of the Year Award in Education at the 11th Chinese Business Excellence Awards.

“We did it!” said Shouyi as he accepted his award on the stage. “Thank you to my Hanson team, because you guys made the impossible, possible!”

The Chinese Business Excellence Awards (www.chinesebusiness.org) have been held annually since 2005. It is recognized as one of the most influential events within the Canadian Chinese community and in Canada. It’s success constantly drives Canadian Chinese entrepreneurs and business people to new heights and achievements.

Every year, 600 to 800 participants attend. These include officials from municipal, provincial and federal governments, business executives from manufacturing, banking, real estate and other various industries.

The event is intended to provide an opportunity to share success stories, encourage information exchange, and promotion entrepreneurship in the Chinese Canadian community. 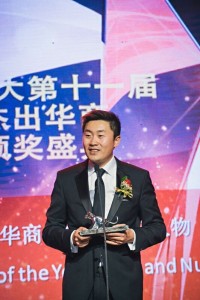 This year, the award ceremony was held on Saturday on March 5 at the Hilton Suites in Markham Ontario, just half an hour north of Toronto.

Several Hanson students volunteered and helped ensure the success of the event, working in reception, organization and security.

Staff and students alike were thrilled to see Shouyi take the stage late in the evening to accept his award.

In 2014, Shouyi Ma became the Chief Executive Officer and Principal at Hanson Canada. Under his leadership, the Hanson Canada brand has been refreshed, restructured and reorganized. The result was a 120% increase in enrollment, a 60% increase in staff and the most successful year for Hanson since its first year of operation 15 years ago.

“We look forward to make more contributions to a stronger Canadian economy as well as the Canadian China trade relationship, so thank you again,” said Shouyi. 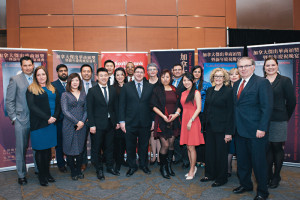 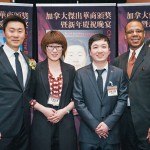 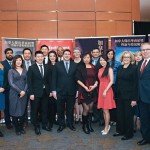 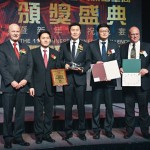 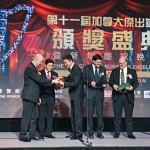 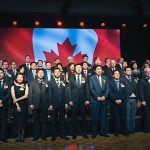